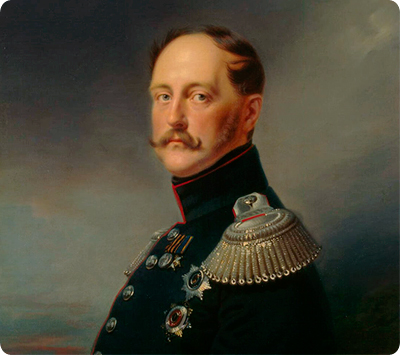 POZHARSKI cutlet is a member of the Kikas product family. It is an industrially manufactured and ready-made culinary meat product breaded with white bread crumbs. The cutlet is suitable for the whole family. Put it in a frying pan, heat and eat. It can be served with salad, potatoes and various sauces.
We manufacture Pozharski cutlets from minced pork or poultry or mixed minced meat. The product contains protein, minerals, vitamins, nutrients and guarantees a good feeling and a full stomach for the whole day.

Why is the cutlet named Pozharski?

The legend says that when Nicholas I, the Emperor of Russia, was on his way to Moscow, he decided to stop in Torzok, a town where a man called Pozharski was keeping an inn. Nicholas I ordered veal cutlets for his dinner. Mr Pozharski suddenly remembered that he had run out or veal and decided to make the cutlets from minced chicken instead. The emperor liked the dish so much that he named the cutlets after Pozharski. Later, Pushkin and his wife also stayed at the same inn on their way from St. Petersburg to Moscow and both of them praised the extremely tasty Pozharski cutlets.

The cutlets can be prepared by the following recipe:

Take a whole chicken, remove the skin, strip the meat from the bones and put it through a mincer. Then mix the minced meat with salt and pepper, some butter or oil and add one egg. Leave the meat to stand for a while. Then take100-120 g of bread per one chicken and soak it in half a glass of milk. Add the soaked bread to the minced meat, mix until even and pat into cutlets. Then dip the cutlets into a beaten egg and cover in dried bread crumbs. Then fry for 4 to 5 minutes and it`s ready to eat!